The experts who will get things done. 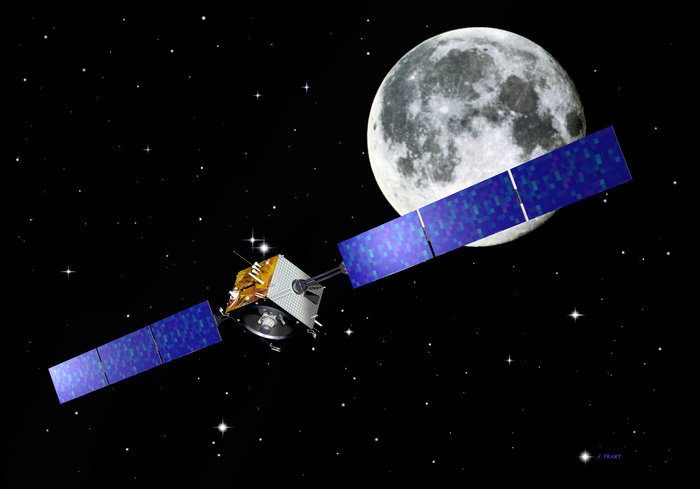 Our advisors have worked on number of space missions. Among them Cassini, Rosetta and BepiColombo. The picture is of SMART-1, ESA's first lunar mission. Project manager was Peter Rathsman.

Vice Rector for Space at Luleå University of Technology. Director-General of the Swedish National Space Agency between 2009 and 2018. Ph.D. degree from the Umeå University in Sweden is space plasma physics, having worked on several national, ESA, and international space projects at the Swedish Institute of Space Physics. Between 2001 and 2009 he was Head of Esrange Space Center, a center for satellite operations as well as sounding rocket and stratospheric balloon launchings.

CTO of OHB Sweden. Peter joined SSC in 1983 later OHB. He has a background in satellite systems engineering and project management and has been involved in almost all national satellite projects since the late 1980s. He was also project manager for ESA’s first lunar mission, SMART-1 which used electric propulsion to travel from GTO to lunar orbit.

Professor in Spaceflight at KTH, and part-time advisor to Saab. M.Sc. Engineering Physics at KTH. Ph.D. in particle physics. Astronaut and did two spaceflights with the space shuttle Discovery to ISS where he did 5 spacewalks. The former head of ESA science division regarding ISS and zero gravity at ESTEC.

Board member and Theme Leader of TU Delft Space Institute. A space system engineer with a special focus on small satellites. Since 2001, Jian has worked with various micro- and nano-satellite missions including the first Chinese nanosatellite THNS-1 and the Dutch Delfi nanosatellites. He is also an active member of worldwide small satellite communities, such as the IAC SmallSat Committee and the ESA/CNES 4S Committee.

CTO at ÅAC Microtec. MSc in Engineering Physics at LTH. Emil has been working at leading space companies in many aspects of space technology and engineering since 1999. Emil has promoted space activities on a variety of arenas, teaching at KTH, lobbying thought industry interest organizations and through art projects such as the House on the Moon.

Ph.D. Space Physics. Professor at IRF. Principal Investigator for the Swedish METAL spacecraft mission to a metallic rich (M-type) asteroid. Project manager and investigator of many payloads on spacecrafts including Cassini, Rosetta and BepiColombo. 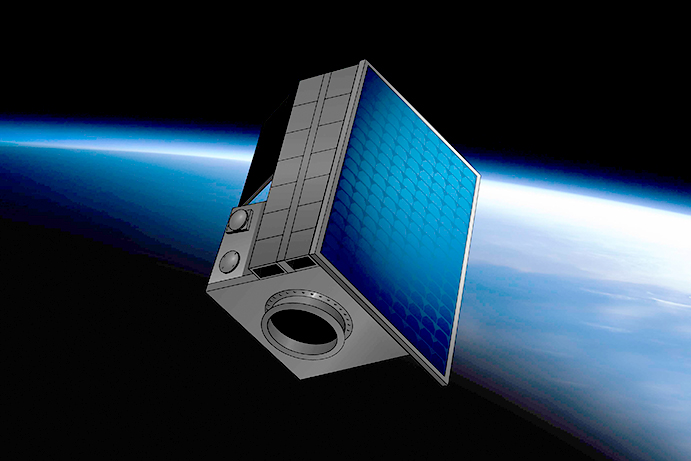 Our operational team have experience from several space missions, including satellite MATS, with planned launch in 2019.

Founder of Beyond Atlas. An engineer from Chalmers, but ended up helping companies raising money. Now an investor in several companies, but most of his time is spent on Beyond Atlas.

AOCS Specialist, M. Sc. Engineering Physics at KTH. Robin joined SSC in later to OHB. Experience from AOCS development in the satellites: PRISMA, SmallGEO, Electra, and InnoSat. During the PRISMA mission, Robin was responsible for the demonstration of Satellite Autonomous Formation Flying and Proximity Experiments, which included development, implementation, testing as well as execution in orbit. 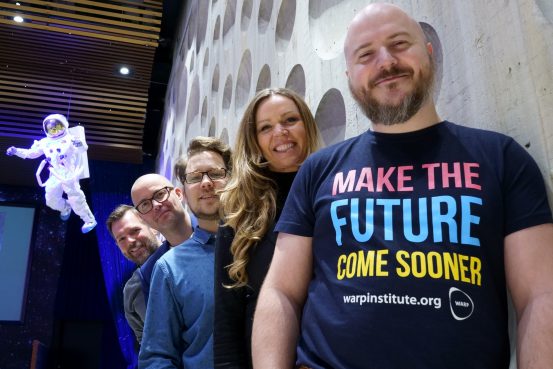 Ellen is on the board of the Gothenburg astronomical youth association as head of communications. She also runs an astronomy-oriented blog on which she writes articles, shares exciting space-news and spreads love for astronomy.

Working with customer service as a senior administrator. Before he worked at different municipalities with analyzing, investigations and projects. His goal in life is to be a part of a change to a more positive world to live in and to give future generations the possibility to grow and continue the journey. I think Warp Institute, Warp Space Program and Beyond Atlas together with the technical revolution has found a way. “This is why I am a part of this organization and created my own struggle like a hundred meters race because of the many challenges in the world, that has to be solved very soon.”

Jakob is a senior communicator and storyteller with experience from companies such as MTV, H&M, and Red Bull. A fascination for astronomy started already in high school but it wasn’t until a few years ago that he decided to be actively involved in helping the space industry thrive in Sweden. He is on the board of the Swedish Space Society since 2016. Favorite space project right now: James Webb Telescope.

Johan Liljeberg Nopp works for Siemens Turbomachinery in Finspong as a purchase preparations engineer. I specialize in all types of traceability issues. Interested in all things that can inspire our youth into believing in our planet’s future. I want them to feel there is an exciting future ahead. My oneliner is “The future is electric.”

Sandra grew up with a fascination of space and went for studying space engineering and physics at the University of technology in Luleå. Following the studies, she worked upon two spacecraft missions and as part of a development team for a ground station network before eventually becoming a teacher. These days she is teaching the future generation of engineers while spending her spare time upon supporting exciting space (and engineering) projects such as Beyond Atlas.

An astropreneur, CEO of Spaceport Sweden, advisor and future astronaut. Karin has extensive experience in the commercial space industry internationally. She has been recognized by WIRED as a game changer in the world, as a leading woman in new space globally and awarded Tech Woman of the Year in Sweden.

Journalist and editor, part of the leadership team at Warp Institute in charge of Sweden’s most optimistic Facebook group. Former editor in chief at Computer Sweden and TechWorld.